UNDERSECRETARY OF THE MINISTRY OF STATE FOR YOUTH AFFAIRS /
PRODUCER 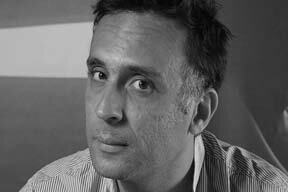 UNDERSECRETARY OF THE MINISTRY OF STATE FOR YOUTH AFFAIRS /
PRODUCER Kuwait

Charged with conceptualizing and running operations for the newly established Ministry of Youth Affairs, former Chairperson and Managing Director of Eagle Vision Media Group KSCC, Al-Zain is a pioneering film/TV producer and soci r, and has made it her mission to provide a creative haven for talented regional youths. Two of her cinematic coproductions, Journey to Mecca and Amreeka, dealt with questions of national identity and religious tolerance and were the recipient of numerous international film awards. A vocal proponent of new sector and job creation, Al-Zain serves on the board of a number of media and youth-charged organizations. In her home country of Kuwait, she oversaw completion of EVMG’s new multimedia studio complex, which today houses the company’s Youth Outreach Program, an initiative founded by Al-Zain to aid in the integration of talented Kuwaiti youth into a myriad of regional media sectors.
Wanting to promote a more inclusive media industry, Al-Zain recently began efforts to raise funds for the establishment of ADASA (Artists Demanding a Storytelling Association). ADASA has now been wholly adopted by the newly formed Ministry of Youth Affairs. Prior to heading EVMG, Al-Zain worked for ABC News’ World News Tonight with Peter Jennings, in New York City. Prior to that, she produced and directed a number of acclaimed political talk shows for KTV. A MELI fellow at the Aspen Academy, Al-Zain earned an M.F.A. from the University of Southern California’s School of Cinematic Arts and a B.S. in Journalism from Boston University.

In 1997, Nabil Ayouch directed his first feature film, Maktub, which like
Ali Zaoua (2000) represented Morocco at the Oscars, followed by Une
minute de Soleil en moins (2003) and Whatever Lola Wants
(2008), produced by Pathé. In 2011 he directed his first documentary film,
My Land. In 2012, his film Les Chevaux de Dieu is selected for Un
Certain Regard at Cannes Film Festival. In 2015, he was back in Cannes
(Directors’ Fortnight) with Much Loved with 300,000 admissions with
the release in France. In total, his films have obtained more than 90 awards
around the world and were distributed in forty territories. His first short
film in 1992, Les Pierres Bleues du Désert reveals Jamel Debouzze.
He is currently preparing his next film, Razzia and has been awarded the
rank of Chevalier des Arts et des Lettres.
In 2009, he designed and directed the closing event show of the Davos
World Economic Forum, having staged several live shows such as the
opening ceremony of Temps du Maroc in France at Versailles Palace
in 1999.
In 2006, he launched the MEDA Films Development program – with
support from the European Union and the Fondation du Festival
International du Film de Marrakech- a support structure for producers and
writers of the ten countries of the Southern Shore of the Mediterranean in
the development phase of their films.
Nabil Ayouch founded the G.A.R.P. (Groupement des Auteurs, Réalisateurs,
Producteurs) in 2002 and the “Moroccan Coalition for Cultural Diversity”
in 2003. In 2008, he participated in the creation of the Moroccan
Association of fight against the piracy, which he chairs.

With a solid academic grounding in English Language & Literature, there
is nothing that Al Qassimi is more passionate about than the arts.
Jawaher Abdulla Al Qassimi took her passion for language and the arts,
her critical thinking and creativity to FUNN, Sharjah Media Arts for Youth
and Children, where she is currently Festival Film Director of Sharjah
International Children Film Festival.

Hafiz Ali Ali is an established Qatari film producer and director with
extensive experience in the arts.
Hafiz studied filmmaking and obtained his BFA from Calarts in 1999 and
MFA in 2005 from Chapman University. Between 2000 and 2009, he
directed several television shows, shorts and documentary films before
working for the Qatar Foundation as Arts Program Manager; since 2013.
His films have been selected in many International Film Festivals and won
several awards.
On 2015, Hafiz was appointed as Director of Msheireb Museums, the first
narrative museums in the Arab World that deals with films and interactive
audiovisual contents to tell people’s stories in Qatar.

Dora Bouchoucha graduated in English Literature and has been a film producer since 1994. She founded the Carthage Film Festival Projects’ workshop in 1992 and Takmil in 2014. She also founded the SUD ECRITURE workshops in 1997, which she has been running since. Dora Bouchoucha is actively involved in training and promotion for southern cinema. She was a permanent member of the International Rotterdam Festival CineMart Board for more than ten years and was consultant for Arab and African films for the selection board of Venice Film Festival from 2007 to 2011. In 2010, she was appointed head of Fonds Sud for two years and in 2012, she was appointed President of the CNC ‘Aide aux cinémas du Monde’ for another two years. She was head of Carthage Film Festival in 2008 and 2010 and 2014.
She has produced and co-produced several Tunisian and foreign documentaries, short and feature films including Africa Dreaming, (a series of short African films) Sabria by Abderrahmen Sissako, The Season of Men by Moufida Tlatli (Cannes 1998), Baraket by Jamila Sahraoui (Berlin 2006), Satin Rouge (Berlinale 2002) and Buried Secrets (Venice Mostra 2009) by Raja Amari, Cursed be the phosphate by Sami Tlili, awarded Best Arab Documentary at Abu Dhabi film Festival 2012, It was better tomorrow by Hinde Boujemaa, official
selection, Venice Mostra 2012 and Best Director Award at Dubai Film Festival 2012 and A Doomed Generation by Nasreddine Ben Maati.
Her latest productions are the features Foreign Body by Raja Amari (Special presentations TIFF 2016) and Hedi by Mohamed Ben Attia (Best First Feature and Silver Bear Best actor – Berlinale 2016)

After co-directing with Chergui Kharroubi the feature length documentary
Africa is Back about the 2009 Panafrican Festival of Algiers, he directed
another feature documentary Abd El Kader. This film, completed in
2014, mixes live action documentary with animation.
He then directed his first narrative feature: Maintenant Ils Peuvent
Venir (Let them come). The film premiered in Toronto and won several
awards in Dubai, Norway and Cyprus, among other distinctions.
Salem coproduced Mon Colonel by Laurent Herbiet and Cartouches
Gauloises by Mehdi Charef and produced Selves and Others – A
portrait of Edward Said by Emmanuel Hamon.

George David, currently its Managing Director has been working for the
Royal Film Commission – Jordan (RFC) since 2005. He has also been part
of the production team on numerous film and television projects, as well
as working in entertainment PR.
Following a brief theater career, his work on film in Jordan started out
as early as 1996. He then located to Los Angeles where he pursued a
film degree and then continued to work as a production manager and
producer in Hollywood.
David has played a key role in attracting and supporting major film
productions, including the Academy Award sweeper The Hurt Locker,
Ridley Scott’s The Martian, and many more.
David has served as President on the Board of Directors of the Association
of Film Commissioners International (AFCI). He has also pioneered several
educational initiatives in film and television, namely the Film Train and the
Debut Feature Film Program where he undertook the role of Executive
Producer on six feature films to date. David was also instrumental in
setting up and administering the RFC Jordan Film Fund, serving on its
Jury as well as on several Juries of festivals and training programs around
the globe.

Mohamed Hefzy studied Metallurgical Engineering in London and still
works in his field of study as he oversees his family’s copper manufacturing
business. In spite of that, he managed to establish his status as one of the
most prominent young scriptwriters and producers in the Arab world over
the last ten years. In 2013, he was the only Arab to be selected by Screen
International magazine as one of the most influential filmmakers in the
film production category.
In 2005, he founded Film Clinic as a development and production
company, and in 10 years, he has already produced and co- produced 20
feature films in Egypt, the US, the UK and the Arab world.
Mohamed Hefzy is always keen on taking part in international film
festivals. He also attended many seminars and was a member of the jury
of the Cairo International Film Festival in 2010 and the Tropfest Arabia in
2011. Hefzy became a member of the Egyptian Chamber of Cinema since
September 2013 becoming a representative of independent filmmakers
within the Chamber. He was also selected as manager of the Ismailia
Documentary and Short Film Festival beginning with its 16th round. In
appreciation of his efforts in supporting and developing independent
cinema in Egypt, he was honoured at the 2nd round of the Independent
Arts Season in February 2014.
Hefzy has delivered lectures on scriptwriting and moderated several
workshops at the American University in Cairo (AUC) and also through
Film Clinic.

Antoine Khalife is the “Special advisor” to the Cairo-based broadcasting
corporation ART, and he worked as an associate producer on many films
such as Where do we go now by Nadine Labaki, Kingdom of Ants
by Chawki Megri, The Attack by Ziad Doueiri, a co-production between
Lebanon, Egypt and France.
In addition to his work with ART, Antoine contributes to the success of the
Dubai International Film Festival. He is the Director of Arab Film Program
at the festival.
Antoine is the former Head of Festivals and Films at Unifrance, the
organization for promoting French films throughout the world.
He has been involved in bringing together Arab filmmakers with Arab
and European producers (Caramel by Nadine Labaki, Falafel by Michel
Kammoun, Civilisées and Le Cerf Volant by Randa Chahal, etc.)
Antoine studied Sociology, Communication and Mass media in Paris. He
holds a PHD from the University of Paris VII.

Rashid Masharawi was born and raised in Shati refugee camp, Gaza Strip.
He is a self-taught filmmaker,
After a decade of working and establishing a name as a filmmaker,
Masharawi founded in 1996 the Cinema Production and Distribution
Center (CPC) in Ramallah, whose main purpose is to organize workshops
to give young Palestinian filmmakers the chance to acquire knowledge
in the field of cinema by working in actual productions. The CPC also
initiated the Mobile Cinema, which brings screenings to refugee camps in
the form of an annual “Kids Film Festival.”
Thus while his features such as Curfew, Haifa, Ticket to Jerusalem and
documentaries such as the recent Live From Palestine have received
international television broadcasting, awards and critical recognition,
Masharawi has remained in the past decades living and producing within
the Occupied Territories.
He is regularly invited to show his video installations and short films in
art exhibitions such as the Biennale of Sharjah, Gangart-Vienna, Casino
Luxembourg, Free Art Academy-The Netherlands. His feature films have
been studied in Harvard University and other universities in Los Angeles.
Masharawi has Directed more than twenty films, between features,
shorts, and documentaries naming few: Letters from Al Yarmouk
2014, Palestine Stereo 2013, Laila’s Birthday 2008 and Arafat my
Brother 2005.

Maysoon is a film director, editor and producer of Iraqi origin.
She has made documentaries in Iraq, Iran, Palestine, Egypt, Syria, Lebanon
and the UK, including the award-winning Iranian Journey and Our
Feelings Took the Pictures. She is currently in production on her first
fiction feature as director, which received the IWC Gulf Filmmaker Award
at the Dubai Film Festival.
Maysoon has also taught film directing and editing in Palestine, Iraq and
Britain, where she is based and where she co-founded Act Together:
Women Against Sanctions and War on Iraq, a group of UK-based Iraqi
and non-Iraqi women formed in 2000. She co-founded Independent
Film & Television College in Baghdad in 2004, a non-governmental freeof-
charge film-training centre, whose students have produced twenty
short documentary films, which have won fourteen prizes at Arab and
international festivals.